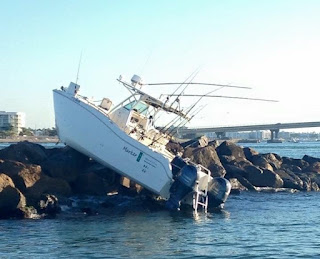 Fourteen years ago my marriage with Lily hit bottom—not quite the rocks, but bottom. At the time I was leading an overnight retreat for ten participants at a small convent. Sister Lucia, who was the guest mistress in charge of the tiny retreat house where we were staying, was eighty-seven if she was a day. That night, after dinner and after I had been lecturing all day, several of the retreatants pulled out bottles of whiskey. Because I’d had a couple of drinks under my belt, because I was in a good deal of emotional pain at the time, and because she had such a kindly old face, I found myself sitting at Sister Lucia’s feet telling her that I was felling badly since I had failed at my marriage.

“Lord, Scotty,” I thought, “get a couple of drinks in you and you go shooting your mouth off simply because this little nun’s got a kindly old face when the reason it’s so kindly is probably because she’s got no brain left behind it.” I spoke to her again, more loudly now, the way one does to the senile. “No, no, you didn’t understand me. I was telling you I’ve failed at my marriage.”

Again Lucia beamed. “Oh, I’m so glad for you,” she answered.

By this time I was becoming seriously annoyed. I practically shouted at her, “No, no, you haven’t heard what I’ve been saying. Probably you’ve got a hearing problem. You’re quite entitled to have a hearing problem at your age, my dear. But, anyway, you haven’t understood anything that I’ve said, so let’s just drop the subject.”

“I’ve heard and understood you perfectly, young man,” Sister Lucia responded, looking at me keenly. “You’ve been telling me that you have failed at your marriage, and I’m so glad for you. Do you know how terrible it would be never to fail? Oh, that would be dreadful!”

I recollected certain people I’d known who felt they had never failed and thought of just how insufferable they were, and I began to think that maybe she did have some gray matter left behind those intelligent eyes. It also occurred to me it was perhaps no accident that both Sister Lucia and I were attempting to follow a Lord of Failure, a man executed at an early age in the standard manner of the day as a petty provincial political criminal, spat upon by his enemies and betrayed by his friends.

It is also, I think, no accident that my marriage with Lily began to considerably improve along about that time. For what happened after I’d concluded I’d failed at my marriage was that, on a certain level, I gave up trying to make it work. And that meant I gave up trying to change Lily. It was also around that same time that Lily decided she too had failed at the marriage, and also stopped trying to make it work and trying to change me. Furthermore, I suspect it is no accident that since that time, both she and I seem to have done a good deal of changing.

-M Scott Peck, A World Waiting to be Born

Email ThisBlogThis!Share to TwitterShare to FacebookShare to Pinterest
Labels: For the mind, quotes