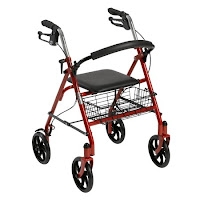 In youth we are called from dependency to independence, in middle age to interdependence; and in old age, ultimately, back to dependency again. But to make this final transition, we must be willing and able to give up control. A sixty-five-year-old woman came to see me for depression precipitated by detached retinas, which had rendered her ninety percent blind. She was filled with rage at her condition and at the ophthalmologist who had failed to save her from it. By our second session the underlying theme had become clear. “I just hate it,” she said, “when they have to take my arm to usher me into the pew or help me down the church steps.” And shortly thereafter, “I’m just plain bored stuck at home so much. Lots of people offer to drive me wherever I want to go, but I can’t ask them to assist me all the time.”

Fortunately for us both, she was a religious person. “It is clear to me,” I said, “that in your life you managed to become a remarkably independent woman, and it is quite natural for you to have taken a great deal of pride in your independence. But, you know, it’s a journey from here to heaven, and I suspect we can get there only when we travel lightly. I’m not sure you can make it carrying around all that pride. I can’t fault you for thinking of your blindness as a curse. It is conceivable to me, however, that you might think of it as a blessing given to you to help you strip away all your pride in your independence. Considering your health otherwise, you’ve probably got another good fifteen years left. It’s up to you whether you want to live those years under a curse or under a blessing.”

-M Scott Peck, A World Waiting to be Born
Posted by Paul Bunge at 11:05 PM

Email ThisBlogThis!Share to TwitterShare to FacebookShare to Pinterest
Labels: For the spirit, quotes