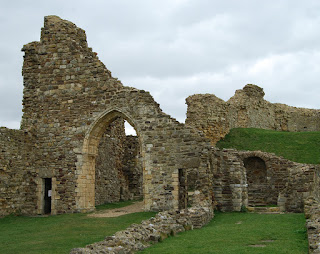 It started in a fairly reasonable way. A village needed help defending itself against a local criminal. A small guard tower would do. I, the castle, sent some men and a few bricks, and the village had peace. Another village had the same problem and the strategy worked again. Then an envoy needed to be sent to a far country with some gems to gift and trade. I missed that decorative wall, but I saw the need. The river flooded year after year. It only made sense to take down the parapet and use the stones for a dam to regulate the water’s flow and bring in an extra crop every season. Before I knew it, my people and my stones were going this way and that, all over the kingdom. I began to wonder what would be left. Would I even be a castle at all? I tried to be more bureaucratic, requiring promissory notes and using the official seal. But every few months, I noticed myself even smaller. It seemed I was in pieces, spread everywhere. Disconnected, not whole. I was with others, in a way, but torn and apart from myself, my identity.
Who could deny that up in the mountains a bridge must be built? So many people and horses were lost, trying to cross the white waters. But who would watch my stones? Who would ever bring them back? Was I to be only a hovel or a livery then? Even now, thieves come in the night to take a stone or two--what with no guards left and no wall.
God says: “Put all of those separated pieces on me, on my account. Those parts that are you and are yet torn from you, whether given or taken, from the largest of stones to the smallest crumbled bit of mortar. Put them all completely and fully in my trust. The reason is this: I care for the castle. I am the builder, and I take special interest. I keep track of every grain of sand that is you. I see you as your glorious whole, though for now you are distributed here and there. Fear not the giving, for thus I have made it for now. I walked that path myself, as nails split me, the whip carved my skin, and the thorns and mocking robe took my dignity. I did this for you as you do for others. Rest in me. Glory in me. Hold up your sticks and your stable as the royal things they are, for I myself have made you my home. It is the King who makes the castle after all, not the stones." 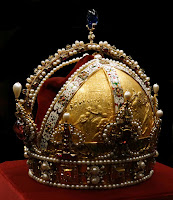 Email ThisBlogThis!Share to TwitterShare to FacebookShare to Pinterest
Labels: For the spirit, service